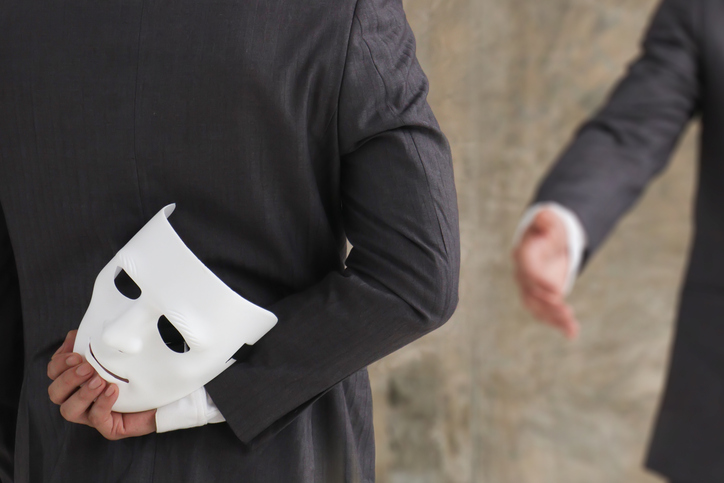 Whenever I conduct a seminar or workshop on leadership, to break the ice, I would ask participants to describe the best boss and worst boss they have had. Then everybody starts panicking because maybe their boss is in the same workshop or out of fear that their colleagues would tell on them. But I would reiterate that I wanted them to describe and not necessarily divulge who their best or worst boss is. And when they get started, the adjectives just come pouring in.

Generally, their descriptions are worded in the way their superiors related to them. There were approach-related comments like “They were kind,” “They appreciated me” or “They corrected me gently.” But if you categorize the rest of the participants’ comments, essentially two categories of descriptions emerge: (1) their boss trained them properly, imparted knowledge to them or instructed them well, and (2) their boss freely delegated tasks to them or empowered them to make decisions. Then often, they would qualify the timeline they received such treatment from their boss.

While both descriptions showed the bosses’ empowering treatment of their staff, these describe two distinct approaches. We are actually looking at two leadership styles here: The one that gives instructions is what we call a directive leadership style while the other one who assigns tasks and empowers is called the delegating style of leadership.

But because participants qualified when they received such treatment from their bosses, I deduced that what figured in their preference is not just the boss’ particular leadership approach in general, but also the participant’s situation when the approach was applied.

This realization demonstrates Ken Blanchard and Paul Hershey’s leadership theory called Situational Leadership. As the name implies, this theory posits that a good leader will adapt his leadership to the task at hand and the goals and objectives to be accomplished, as well as to the ability or maturity of the one being led. Blanchard and Hershey developed this theory in 1967.  An average leadership theory lasts about five or six years and then it’s easily gone, but Situational Leadership has been used more widely in corporations and organizations around the world than ever, 50 years since its inception! Why would something last like that? Because it’s essentially true. And when regularly applied, it is effective in leading people.

In Lead Like Jesus, we have a workshop called The Way of the Carpenter, designed to help leaders discover and practice four tools of a strategic leader that Jesus used to develop His disciples.

Jesus shaped these “twelve incompetent guys” into world changers by investing in their leadership training – understanding where they were in their development as “fishers of men,” and then patiently discipling them. This people development model has been crafted into a one-day workshop now called “The Way of the Carpenter.”

As Christians, it is important to consider how to lead from a Biblical point of view. Jesus’ call to leaders was for them to become servants rather than lords, or bosses. It is interesting to note that some of His harshest words in Scripture were for those in leadership positions who abused their power. In Matthew 20:25-28, Jesus told his disciples:

In my younger years, an advertising agency hired me.  Although enthusiastic at the opportunity, I was ill-equipped for the particular job. Thank goodness my superior was very detailed, handing me a daily to-do list and orienting me in every single step so that I would do my job right. I appreciated the directive approach because it guided me and made me feel accomplished at the end of the day.

But I recognized six months later and after almost a year of doing junior executive work, that my boss was still giving me a daily to-do list and instructing me in detail even for tasks I was already familiar with. This became frustrating for me. I became jaded. Eventually, it affected my work and it showed.

Later, I was transferred to another department, which introduced me to another boss. This time, the person supervising me did not micromanage me. Projects and tasks were simply handed or delegated to me. I felt a great deal of freedom, like chains were removed from my feet. But that euphoric feeling eventually became a nightmare when I committed major mistakes in my job.

I eventually resigned, but a wise executive told me that while the mistakes were mine, it was not entirely my fault. This was because in the final analysis, they realized that I was not equipped enough to handle the new projects – which required more experience – that were delegated to me.

The effective leader’s role has shifted dramatically in recent years. Today, leaders must be partners with their people. Leaders must move from the “command-and-control” role of judging and evaluating to a role of ensuring accountability through instructing, developing, supporting and commissioning. Jesus’ model of developing people – what we now call “The Way of the Carpenter,” is as effective of an approach to managing and motivating people today as it was back when He walked the earth. It fosters a partnership between the leader and the people that leader supports and depends upon.

What situational leadership or The Way of the Carpenter is about is increasing the quality and quantity of your conversations with your people in a way that helps them win.

In the film series “The Chosen,” there is a beautiful scene involving the Samaritan woman from whom Jesus asks for water at the well. He chooses her intentionally as a leader because she is unlikely to be influential in her culture and time. He develops trust with her by revealing that He knows her heart, and then He tells her that He is the Messiah. Once He develops her understanding, He sends her back to her people to share the Good News, and soon many Samaritans are in the crowds following Jesus. Jesus’ character in the film episode comments: “That’s why I chose her, so she would take the news to the Samaritans.” Clearly, Jesus knew just the right strategy to use to develop His followers.

He was also careful to provide the disciples with just what they needed at the time they needed it. In Matthew 10:5-14, He gave the disciples their first set of instructions: go here, do not go there, do this, don’t do that, take this, don’t take that. The disciples had not yet attempted any tasks of discipleship (Novice step), so He didn’t need to provide them with high support, but He gave them specific direction. But later when they tried to cast out a demon (Matthew 17:14-20), couldn’t drive it out, and showed their disillusionment in the process (Apprentice step), He encouraged them with high support.

Peter initially walked on water, but then lost sight of the goal and quickly failed (Apprentice step moving to Journeyman step). Jesus immediately supported him by reaching out and saving him. He then gave him some direction on the importance of increasing his faith. Later when Peter denied his Lord, he failed in this important test even though he had begun to develop into a devoted disciple (Journeyman step). Jesus supported and reassured Peter when He restored him in front of his peers.

And before ascending into Heaven, Jesus commissioned the disciples, and left them with this promise: “And surely I am with you always, to the very end of the age” (Matthew 28:18-20). Although the disciples were becoming Teachers in their own right, He wanted to reassure them that He would always be there for them through the power of the Holy Spirit. Likewise, Jesus-like leaders strive to serve their people by adapting their leadership strategy to match the needs of their followers.

I was apparently already an apprentice when I thought the boss was not confident enough to let me do things on my own. At this second stage, I had already developed some competence because I knew more than I did before because of how my detailed boss trained me. Because I did not feel trusted to be able to do the job, I lost confidence and my commitment to my job suffered.

Now, somebody needs to help you get through disillusionment; otherwise, you quit. The third level of development is when you have moderate to high competence but your commitment varies. Why? Because by then, your confidence is a little shaky. Why?  Because you’ve never done it all by yourself. And so, a journeyman is a capable and cautious performer. Then you hope that somebody handles you properly through this stage so that you can eventually become a teacher, or a self-reliant or master trainer who is high on competence and high on commitment, and really knows how to do the task at hand.

When you are able to diagnose the development level of the person you are supposed to lead, then you would know what leadership style to provide. Flexibility enables you to match the appropriate leadership style to each of the four development levels. To do that, we need to understand the two dimensions to leadership: 1) directive — telling people what to do, how to do it, when to do it, where to do it, and closely supervising them; and 2) supportive behavior — when you listen to people, involve them in decision-making, facilitate their interactions with other people and affirm them.

Check our events page for the next Way of the Carpenter Workshop. 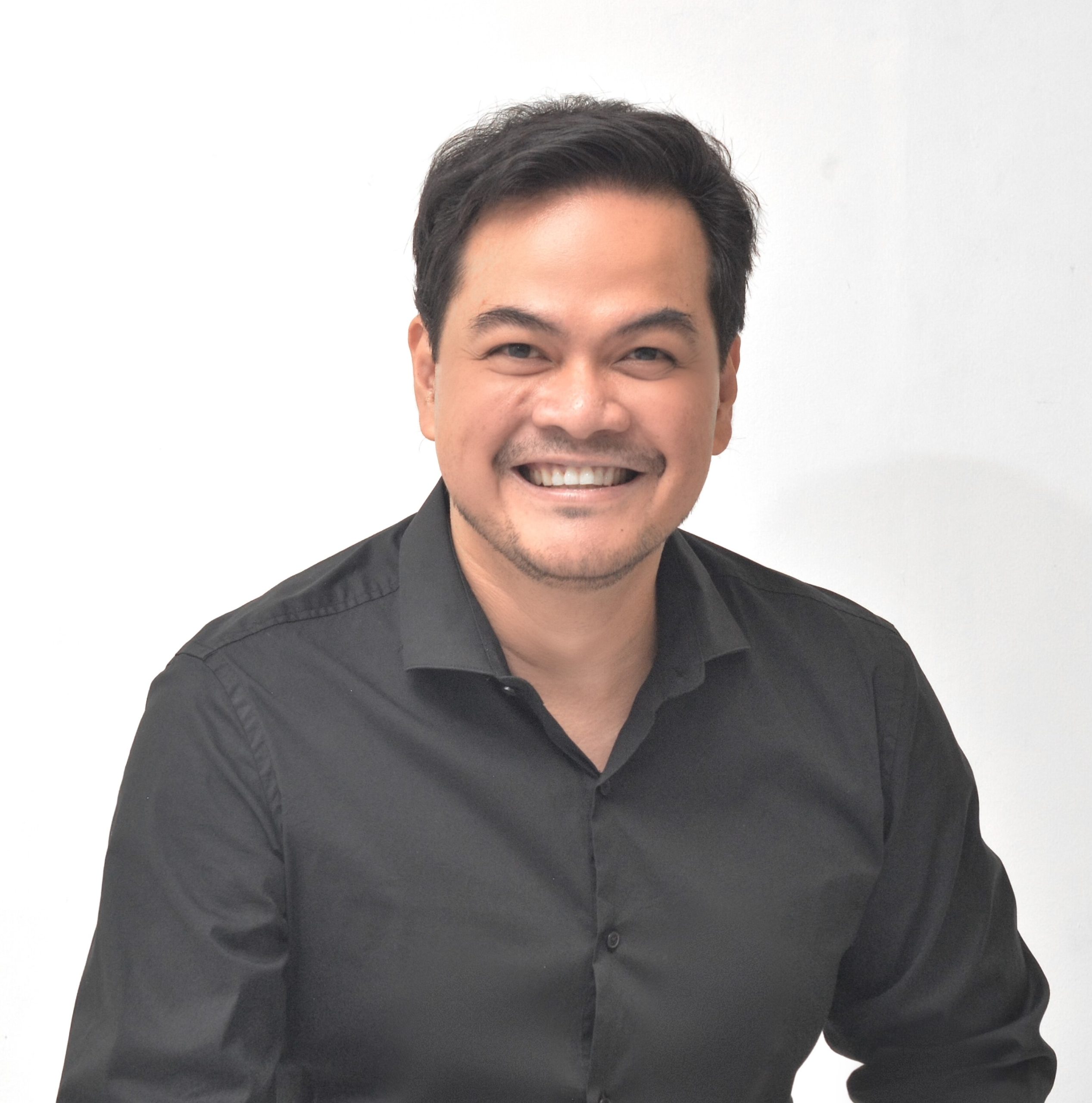 Boris Joaquin is the president and chief equipping officer of Breakthrough Leadership Management Consultancy, Inc. He is also the founder of the Project Purpose Team, Inc, a corporate educator under the Duke CE Global Educators Network (UK), an accredited facilitator by the Blanchard Institute (US), a Chartered Professional in Human Resources CPHR® and a registered Investors in People® (UK) specialist.

A management and marketing professional, Boris was involved in various industries both local and international for more than two decades. As corporate trainer, management consultant and executive coach, Boris has served organizations in the Philippines, Asia, and the Middle East, providing assessments and consulting services to help organizations improve their people, management and organizational processes. He is presently the Regional Representative for Lead Like Jesus in Southeast Asia, Australia and New Zealand. Boris is married to Michelle Joaquin and has two daughters, Ysobel and Julia.

Boris Joaquin is the president and chief equipping officer of Breakthrough Leadership Management Consultancy, Inc. He is also the founder of the Project Purpose Team, Inc, a corporate educator under the Duke CE Global Educators Network (UK), an accredited facilitator by the Blanchard Institute (US), a Chartered Professional in Human Resources CPHR® and a registered Investors in People® (UK) specialist.

A management and marketing professional, Boris was involved in various industries both local and international for more than two decades. As corporate trainer, management consultant and executive coach, Boris has served organizations in the Philippines, Asia, and the Middle East, providing assessments and consulting services to help organizations improve their people, management and organizational processes. He is presently the Regional Representative for Lead Like Jesus in Southeast Asia, Australia and New Zealand. Boris is married to Michelle Joaquin and has two daughters, Ysobel and Julia.

You do not have any posts.