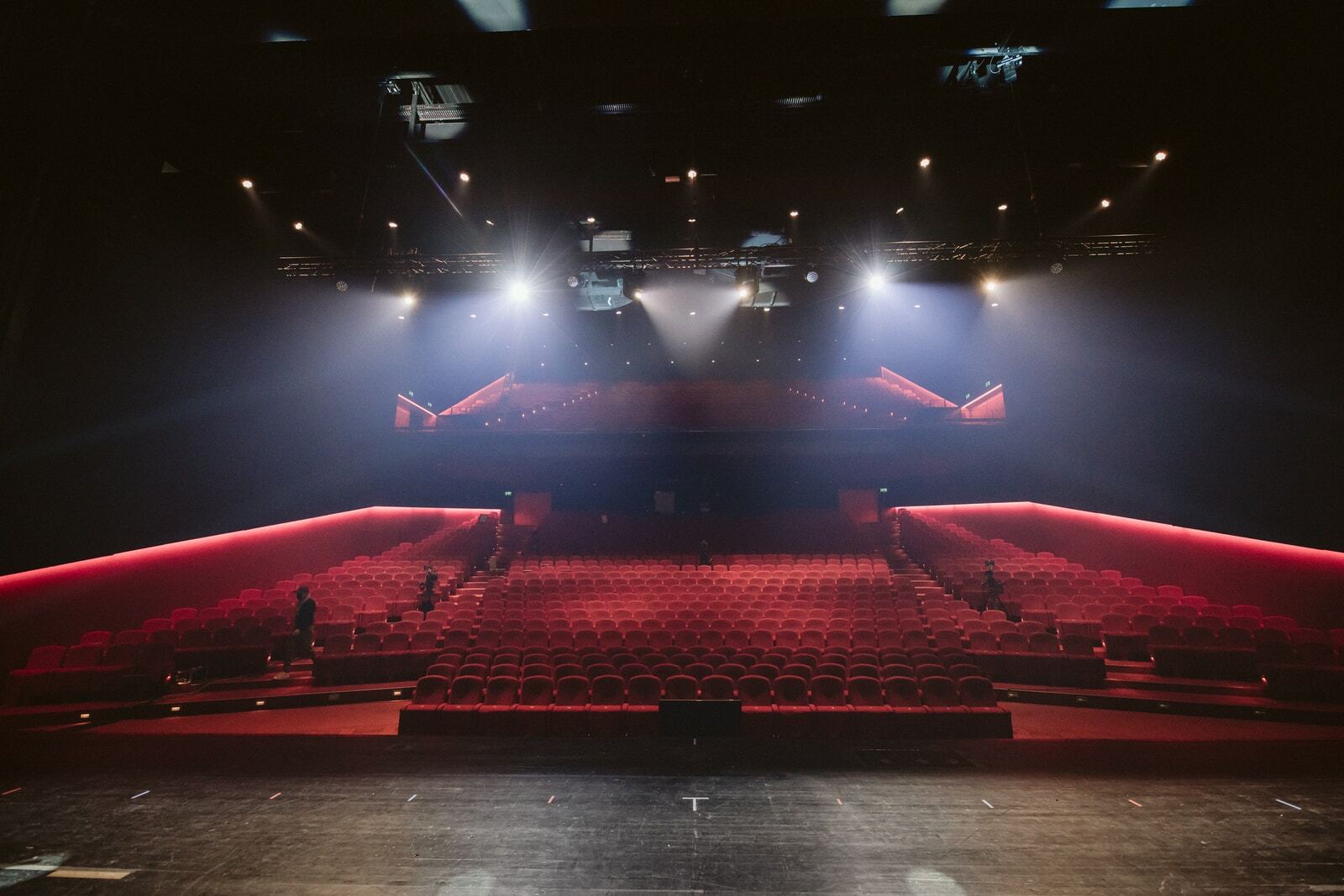 The entire audience erupted in applause and cheers as my husband, the butler, made his entrance and delivered his first words. Even though it was never his intention, he had just committed the unforgiveable: upstaging the lead. The audience’s response threw off the timing of the scene, and the lead actor almost forgot his next line. I’m sure he was wondering just who this bit player was who had just stolen a scene with his entrance.

Later backstage my husband apologized profusely to Andrew, the star of the show. Andrew was a new member of our church’s theatre group and didn’t realize who my husband was… the pastor of the church. He also didn’t know that the audience was filled with our parishioners who had been waiting for just that moment to cheer their pastor on.

We sometimes hear that life is a stage. Life also has stages. Companies, businesses, organizations, churches and families go through stages too. I remember rejoicing when the “diaper stage” was over for our three children and I could use a real purse instead of a diaper bag. We had arrived as a family!

Sometimes we are in situations or stages that we can’t wait to escape. We are sure it’s going to last forever. If it’s something we’ve never been through before, we have no reference to the timeframe. That’s when experience is useful, even if it’s someone else’s experience that gives us the assurance that this too shall come to an end eventually. Looking back on our lives, we gain perspective on just how quickly some things do pass, the times when we wanted to throw in the towel, and also those memorable moments we wish could last forever.

But we can get stuck in a stage too. When the everyday routine becomes a rut, it’s time to evaluate just what stage we want to be in. Otherwise it is a play without purpose, without an outcome, without a goal, without a final act.

This reminds me of Shakespeare’s depressing view of life in his play As You Like It. According to the character speaking, we are all merely players entering and exiting, moving from one part to another and ending basically back where we started when we were born, helpless and dependent.

I prefer the more engaged, energetic attitude of Konstantin Stanislavski who claimed, “There are no small parts, only small actors.” He required everyone in his productions to give meaning and depth to whatever they were doing on the stage. The result transformed theatre performances forever.

No matter what stage our company, our family, our organization, our church is in, we are still “on stage” and have responsibilities. Whether we are the lead or a supporting role or just a walk-on, we all have a part to play. And it is up to us to deliver our best, our all, to give energy and purpose to what we say and do.

Now some of us may think we are lead actors, and perhaps that’s a rightful claim. But lest we get too puffed up with our title, our position or our role, consider the fact that our short life in the great drama of the world’s salvation is simply a walk-on part. As a walk-on, we should never upstage the Lead.

Even so, we are given our part. And no matter how small it might seem in this immense world, we need to make the most of any role we play. Our goal shouldn’t be to steal the scene, but if we are given a moment to shine, we should give it our all. However, regardless of our part or the scene we are playing, our role is always to make the show succeed and honor the Lead.

Because our Lord Jesus is the Lead actor. He’s the Star. Our Heavenly Father is the producer and director. The Holy Spirit acts as the stage manager watching over and encouraging everyone to move forward when it’s time to take the stage, when we are asked to give a reason for our hope. We don’t have to worry about what we’re supposed to say. The Spirit is also the scriptwriter and hands us our lines when we hesitate (Luke 12:11-12).

Every actor in the theatre is warned firmly about one thing: Don’t ever miss your entrance! Some people who have received the gift of salvation may protest they didn’t realize they had a speaking part. But everyone on this stage has an opportunity to deliver their story of what our Lord Jesus has done for them.

The one thing we are all looking forward to is the Finale and the Curtain Call. Now we’re not sure exactly when that will be or even what it will look like. But we have hints from reading Scripture. It’s the final resurrection, of course! We do know that the whole cast comes out, all who belong to our Lord. Everyone is acknowledged, even those of us who didn’t realize how important our small part was.

The Lead is last: Jesus. There is a standing ovation. Surprisingly He is also the wardrobe manager who supplies everyone with his or her very own Robe of Righteousness.

And finally all will join in an endless chorus of popular songs or hymns from the show. Or perhaps, because it is the end of the Final Act, it will be a new song of joy!