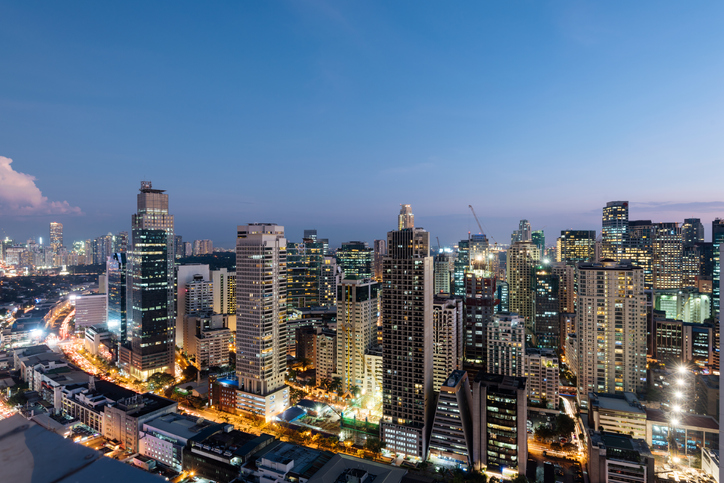 Looking back, Boris Joaquin (Regional Representative, SE Asia, Australia, New Zealand) recalls laughing at the idea of bringing Lead Like Jesus into the corporate world. Though he had experienced great success presenting to churches and other ministries, he wondered how it would be received on the secular stage.

“Who would take it seriously?” he remembers doubting. “It’s called Lead Like Jesus.”

But 15 years later, Boris is amazed at the doors God continues to open to corporations throughout Southeast Asia. “We get to work with companies like Toshiba and Yamaha,” he says. “Retail employees learn how to be good servants, and overall Lead Like Jesus is a great attitude changer for staff.”

Even as a youth, Boris has always gravitated toward leadership positions. When he was a senior at the University of Santo Tomas in the Philippines, he was sure he would be elected student body president.

Since he had served as vice president, the transition seemed a simple guarantee. However, although prepared, qualified, and confident, Boris was crushed by the actual outcome. “I thought it was in the bag, but I lost,” he says. “I was really hurt by the experience and decided to forget about leadership.”

Boris reprioritized, graduated with a degree in communications, and immersed himself in the corporate world. “But I still found myself leading,” he says.

When Boris became a Christian, his view on leadership really began evolving. “I was introduced to service,” he says, “and it felt good!”

“The concept of discipleship began an amazing journey in my life,” he continues, “because I got to experience being mentored by someone ahead of me spiritually. That is when I learned there is more to leadership than ordering people around.”

Returning to a calling

Established in a career of manufacturing and selling shampoo bottles, Boris came to feel that his work was devoid of meaning.

“I wanted to get out of the rat race,” he says. When he transitioned to the role of VP of Marketing for a Christian publishing company, he was introduced to Lead Like Jesus materials.

“Lead Like Jesus really changed my life,” he says. “I had attended several leadership workshops because of my work in the business sector, but none of them satisfied the holistic thirst of my being as a person and leader like Lead Like Jesus did.”

“Questions about fear and pride came out, all going back to that story in college,” he explains. “Back then I just wanted the position, but God pointed me in the direction of servant leadership.”

Boris remembers how his team in the publishing company was impacted by the influence of Lead Like Jesus in his personal life.

“It changed the way I led my team and, even now, I’m close with that group. My wife and I are godparents to their children.”

For the college senior who dreamed of being student body president, Boris has ended up in a presidential position he never could have anticipated. As President and Chief Equipping Officer of Breakthrough Leadership Management Consultancy, Inc., Boris is fulfilling his dream of being a trainer.

“My training company supports Lead Like Jesus,” he says. And he is amazed by the ways he sees others transformed as they learn to follow Jesus as their leadership model.

“In my life, God always brings me back to the story of Jonah. Proclaim what you are called to proclaim, stay there, be faithful, and do what He has called you to do.”